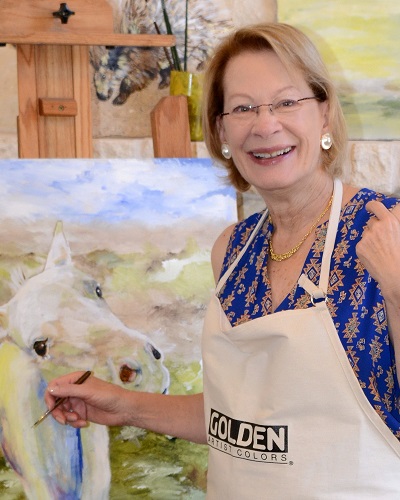 Inspired by the beautiful white limestone rocks found under foot and used in buildings throughout the Texas Hill Country, Georgiana Chenault is exploring the possibilities of painting on stone, especially on stones containing fossils of animals that lived long ago. We think you’ll agree that the results are striking — an organic blend of animal and mineral spirits, with echoes from our cave-dwelling past.

Georgiana, who now calls the Texas Hill Country her home, was born in Mississippi and has lived around farm animals most of her life, spending several years raising Arabian horses near Hot Springs, Arkansas. Riding with the International Arabian Cutting Horse Association, Georgiana earned rookie-of-the-year honors for 1993 and was the number three Non-Pro rider on GSA Royal Mirage+/ . Among the horses she has bred are an Arkansas Futurity Filly winner and a National Reserve Champion Maturity Cutting Horse.

Georgiana graduated from high school in Alaska, holds a bachelors degree from the University of Colorado and a Ph.D. from Texas A&M. She has taught in Chile, California, Mississippi, Arkansas and Texas. Proficient in drawing with chalk even as a child, she did not take up oil painting until the spring of 2012, when suddenly the animals she knew and loved sprang to life, first on canvas, and now grounded on stone.

Georgiana’s stone images are typically eighteen inches square, are one-half inch thick and weigh approximately thirteen pounds. They may be framed, displayed on easels or hung without frames using a suspension system glued to the back of the stones. 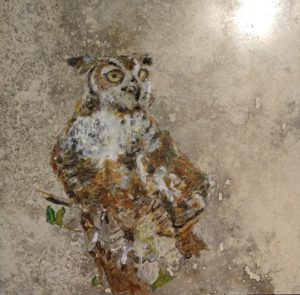 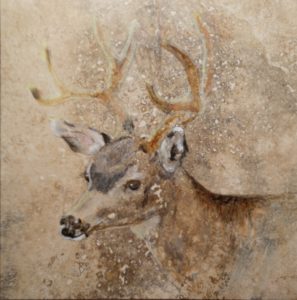 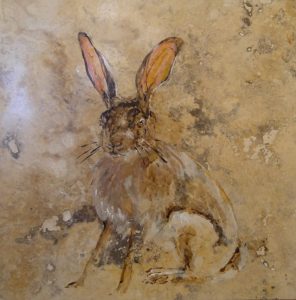 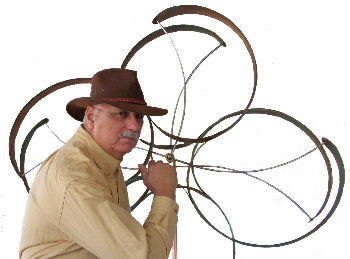