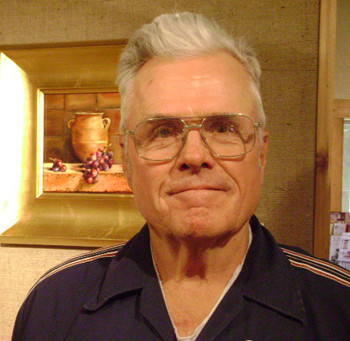 Ric Smith is a native Texan raised in Gillespie County. As a young boy, his daily chores included chopping wood for the stove where his grandmother prepared meals for the family. Little did he know that this tedious task would spark his interest in

Ric has always been fascinated with our native Texas woods and woodworking in general. He has studied wood and its characteristics all his life. The grain and texture of our native Texas woods hold a special interest. He has accumulated a wide assortment of tools and, since his retirement, has endeavored to create interesting pieces using native woods such as pecan, mesquite, live oak, Osage orange, longleaf pine, and black walnut. He recovers interesting pieces of wood from old buildings, creeks, and riverbanks and uses the natural shape of the wood to make useful, decorative, and unique pieces of furniture. Ric has collected a fair supply of wood from various sources and is always on the prowl for more. He is self-taught and reads extensively, trying to improve his understanding of art and furniture design. 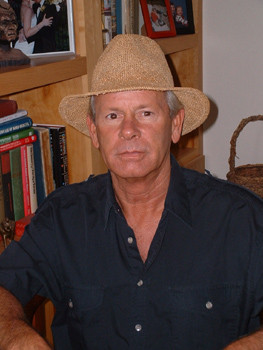 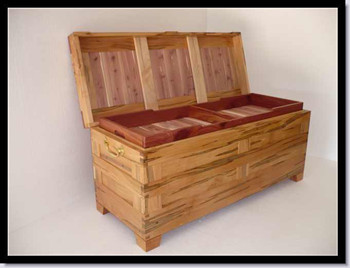 Randolph Secrest is a Texas Hill Country craftsman specializing in the construction of chests, trunks and other pieces primarily from local mesquite wood.

Utilizing the traditional joinery methods of mortise and tenon, dovetails, and tongue and groove creates a structurally sound case. The trunks are cedar-lined, the drawers glide on sliding hardwood dovetails and the hardware is first quality. The finish is hand rubbed oil. 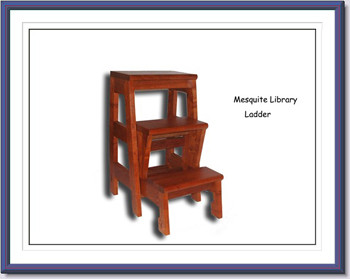 Solid construction along with his contemporary interpretation of the Arts and Crafts style and the peculiarities of mesquite ensure a final product that is not only visually unique but beautiful and durable for a lifetime of enjoyment.

Randolph was born and raised in Robstown, Texas, graduated from the University of Texas at Austin and recently retired as a pilot from Northwest Airlines. He has lived in the Hill Country community of Spicewood for more than 25 years.

Kirk Acosta was born and raised in San Antonio, Texas and has been coming to Fredericksburg his entire life, as his family has a ranch near Willow City. Kirk’s grown up job is a synthetic organic chemist at a not for profit research organization. His foray into wood turning began about 5 years ago with the death of his father. Growing up, Kirk Acosta was surrounded by wood working and the associated wood working tools. In his retirement years, his father became a prolific wood turner. While he never

actually taught Kirk to turn, he got a feel for it by observing. Upon his death in 2000, his father had a finished piece on the lathe which Kirk parted off and finished the bottom. Shortly thereafter, he began to turn his own pieces and has become addicted.

The various forms that Kirk turns are dictated by the size of the wood, grain structure and the presence of defects (i.e. cracks, knots, bark inclusions etc.). These can provide for some very dramatic effects in the finished piece, either alone or through augmentation with a variety of fillers. Kirk finds it particularly challenging to turn pieces of wood that most turners throw in the burn pile.

None of Kirk’s turned pieces are identical, as no two pieces of wood are the same. The art of turning is being able to see the bowl or vessel that lies in that spinning chunk of wood.